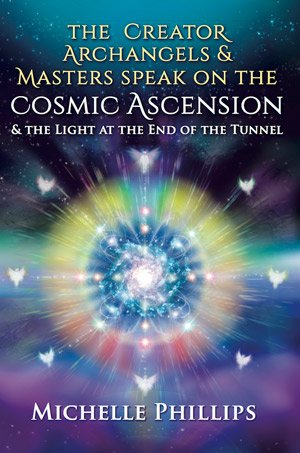 We are Ascending, this is it—what we have been talking about for years, the Ascension!!! Isn’t Creation amazing. As we are ascending and shifting dimensions, we are receiving many DNA activations from Creation, that are shifting us into higher vibrations of ourselves multidimensionally. We are remembering who we are and are waking up to our higher spiritual calling and are collectively merging into higher dimensions of ourselves. These activations have turned up our light which activated more layers of what we needed to shift karmically. What a year of karmic completions it was. 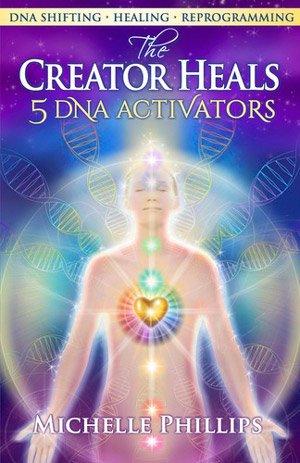 These amazing downloads from the Source of Creation will teach you to match and merge with the morphogenetic fields of your intentions, goals and desires.

Learn how to tap into your DNA and turn on your Soul’s divine blueprint of health, prosperity, abundance, joy, freedom and LOVE. Use your own heart’s divine LOVE to easily and effortlessly heal and release old karmic ancestral belief systems, patterns, sickness and disease. 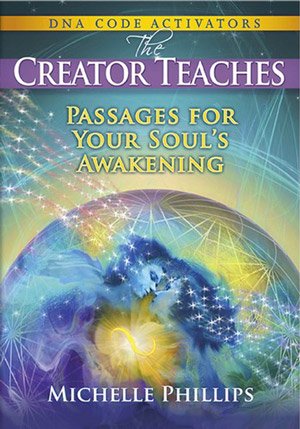 This book of passages takes you through your Soul’s journey of evolution, activating codings in your DNA of your Soul’s highest consciousness.

In reading these weekly transcripts, coding in your DNA will be activated, accelerating you into a higher level of your own frequency of God or Creator DNA. The intention of this book is to turn your vibration up to balance your male and female and move you out of karmic time into enlightenment and ascension. The next step in your Soul’s evolution is to become the Co–Creator of your life, passion, purpose, and destiny and to collectively create Heaven on Earth in all life forms.

You are being given the ability to re–write your script and through intention, to co–create with the Creator a new lifetime on the Earth plane without physically leaving the body. These passages will move you through your agreement to learn from your wounded healer and attune you into the Master within. From this attunement you will awaken to become your own master and Guru. 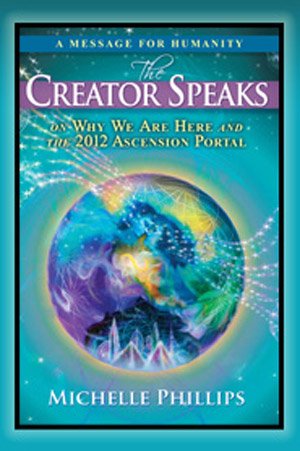 THIS BOOK IS A MIRROR OF OUR OWN CREATION

The Creator explains his great heart awakening with his beloved Sophia and the rippling effect this love still has on all levels of creation today. He/She explains the different levels and systems of Creation, how they began and what their purpose is. He explains the importance of the Shadow’s exposure and its emergence into light, what the stargates have to do with this shift, and how the end of Karma is affecting the Earth changes on our planet. He/She talks about the “Golden age of Enlightenment” and the great healing of the feminine, which is activating our DNA coding, and awakening us into the Second Coming of Christ collectively.

The creators overall message gives us hope and understanding of the larger picture of the end times being played out on our planet and that this is the greatest role that we have ever played out collectively on the Earth plane. This awakening and shift is moving us beyond linear time through the 2012 doorway into Enlightenment, Ascension and into Co–Creation of Heaven on Earth in all life forms. The Creator explains that this book is actually a healing manuscript for those who read it. Jeshua and Magdalene also bring forth the beautiful love story of their journey together.

Creator Speaks is a holy manuscript. It is to be read and treated with reverence. It should be read with an open mind and a longing heart.

Since it was first released in Sweden, in October 2009, I have read it four times, So far, every reading is a new discovery. It is as if reading a new book, at least in some parts. Each time some more of its sacred content is revealed to me.

An interesting detail; In my last re-reading, in October this year, I noticed, again, the Creator telling about a pre-historic culture in Egypt, one where the feminine was in power until it was lost. The pyramids and palaces of this epoch are hidden in the desert sand and shall be discovered again by mankind now inhabiting the earth. So the Creator tells us through Michellle Phillips in this book.

Then I remembered that earlier this year, 2011, satellite cameras have disclosed the existence of pyramids and other buildings hidden under the desert sand of Egypt! This was on the news world wide. As I recall it the scientist behind this sensational disclosure is a woman. She had assistance from her father somehow in having access to satellite photographing.

Anyway, I do not think that “Creator Speaks” should be used to prove anything in a three-dimensional concept. It is a truly healing, blessing, holy scripture to be handled in a sacred manner with the intention to understand more of one´s Souls highest light, love and purpose!

Purchase Books in our Souls Awakening Store
Go to Top